Last week, my work colleagues were mentioning go-to places for the festive season and one of the names which came up most often was the Valletta Waterfront. Now I've always been a huge fan of the Waterfront; I find it both relaxing and entertaining. Yet, I have to admit that it's been ages since I've spent some quality time there in the Christmas weeks and I was really not aware of the jam-packed calendar of activities they have throughout the Christmas season!

So on Sunday I headed to the Valletta Waterfront for lunch. I decided to go with the flow instead of planning ahead, and looking back I really didn't have to! The Waterfront was bustling with a fun Christmas vibe to some nice seasonal jingles, and I was sure I could smell mulled wine as soon as we made our way in! Ranging from an array of Artisan Markets, children's entertainment and a jolly Santa taking photos with the young ones and listening to their wishes for Christmas, the place was literally bursting! There was also a live band animatedly playing Christmas songs, with the musicians all dressed in bright red santa costumes! 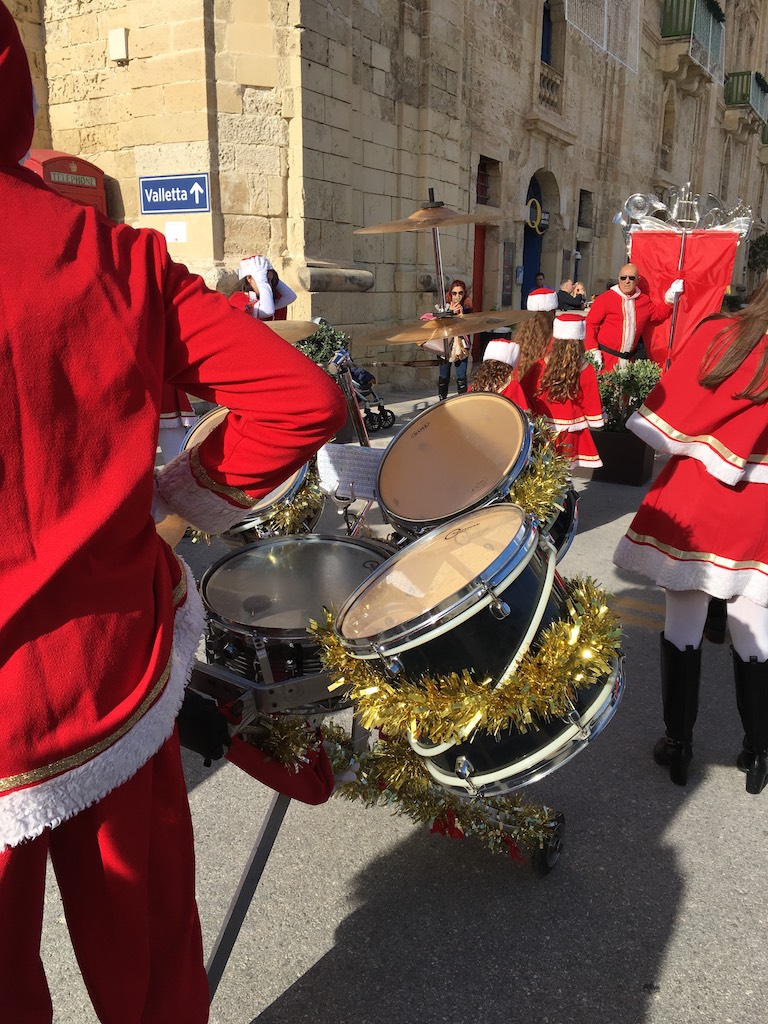 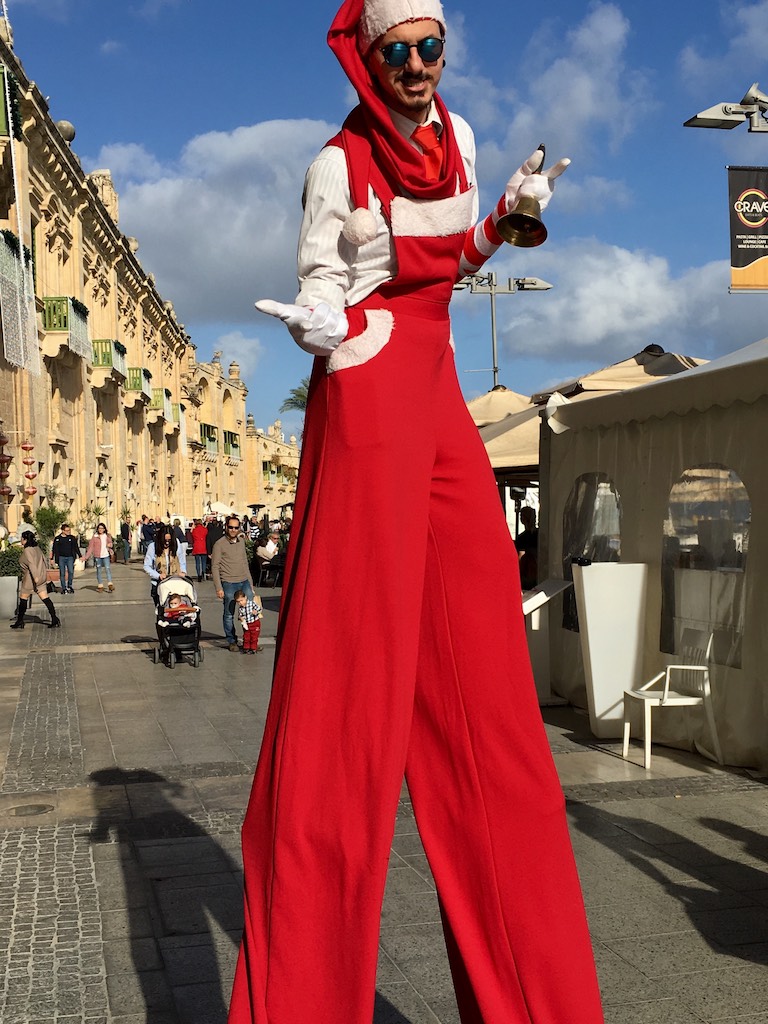 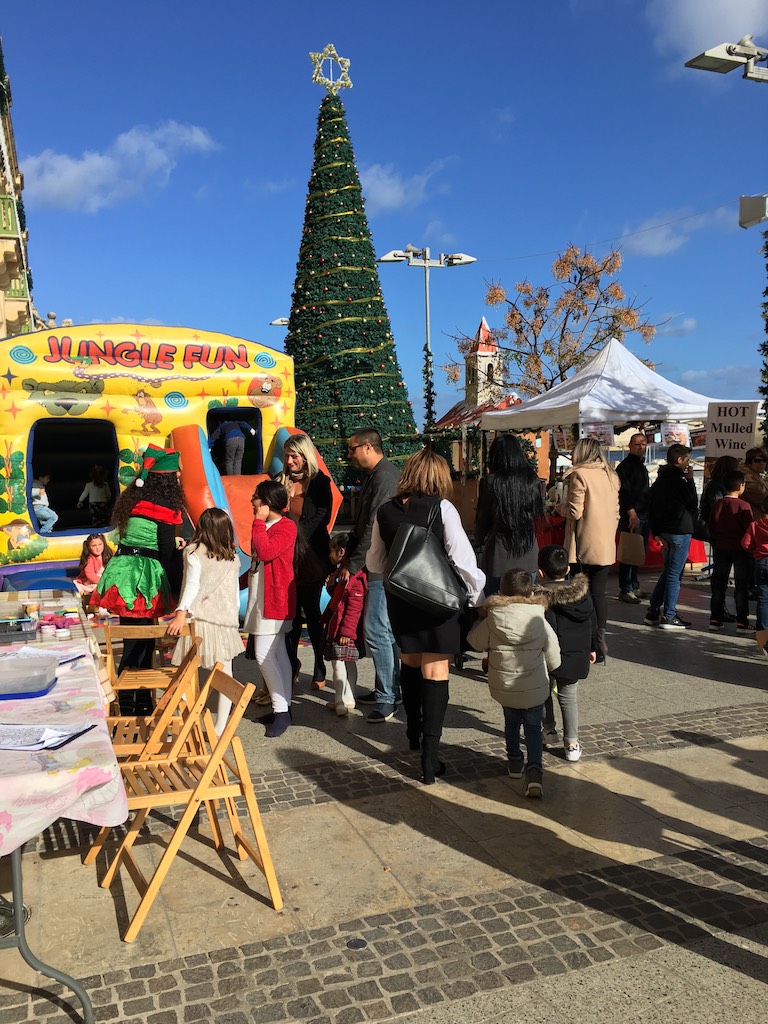 As we continued our stroll along the waterfront, the children were obviously having a blast; the whole area was full of entertainment for kids, throughout the whole of the waterfront. In turn, the parents were chilling and enjoying their Sunday afternoon. And that was when I spotted the mulled wine stall! Those who know me well enough, know why this requires a mention in my blog post; I happen to be a huge fan of mulled wine, and cinnamon and well, mulled wine! :) :D I obviously had to help myself to a nice warm cup, and it was oh so worth it! 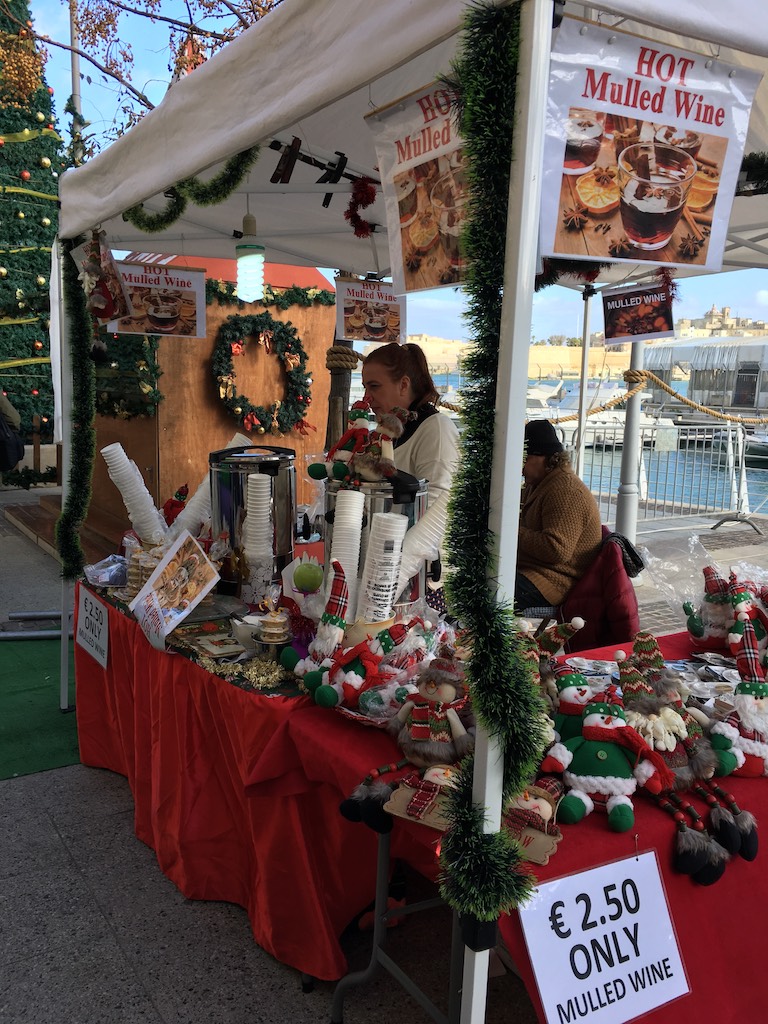 A nice lunch and a glass of prosecco later, meant that we had spent an entire afternoon at the Valletta Waterfront in a chillaxed Christmassy ambience, which at times I find can be so hard to find these days. And I plan to return next Friday or Saturday. It's the season to be merry and bright after all! 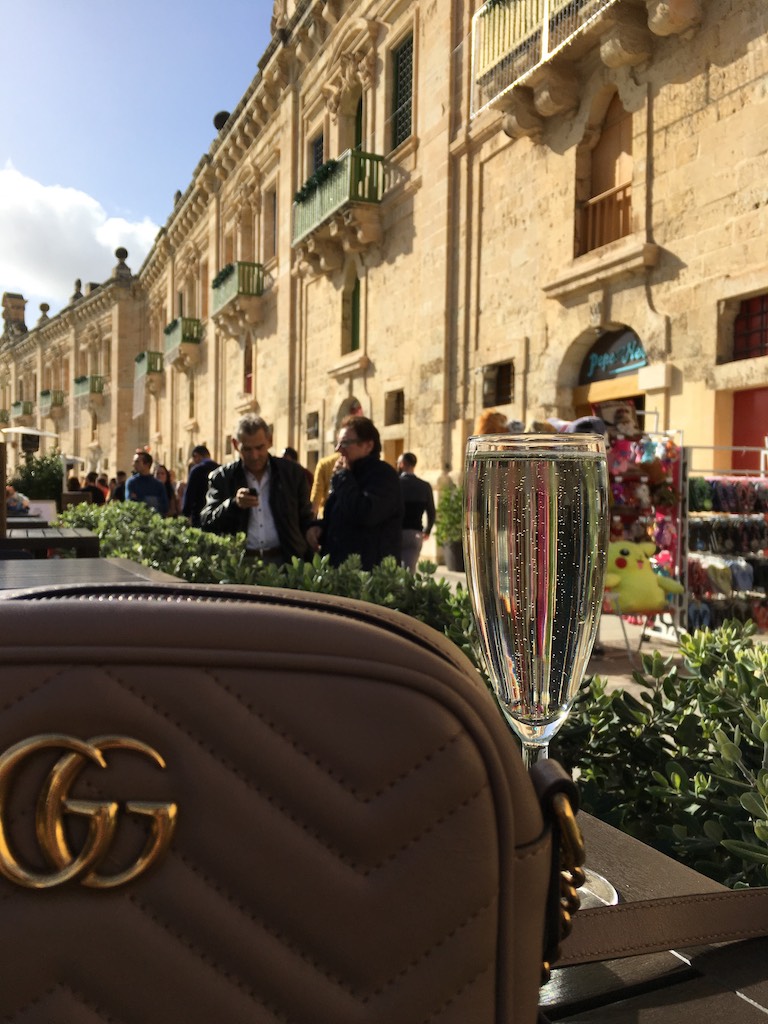 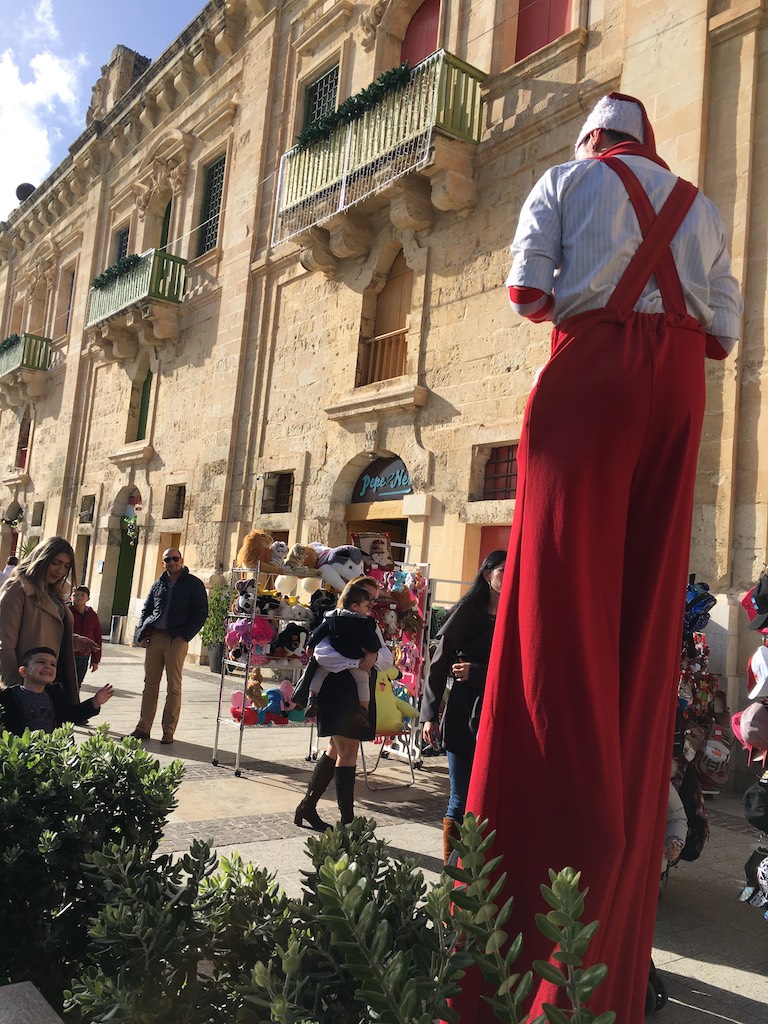 For more information and a calendar with all the activities, do follow this link! 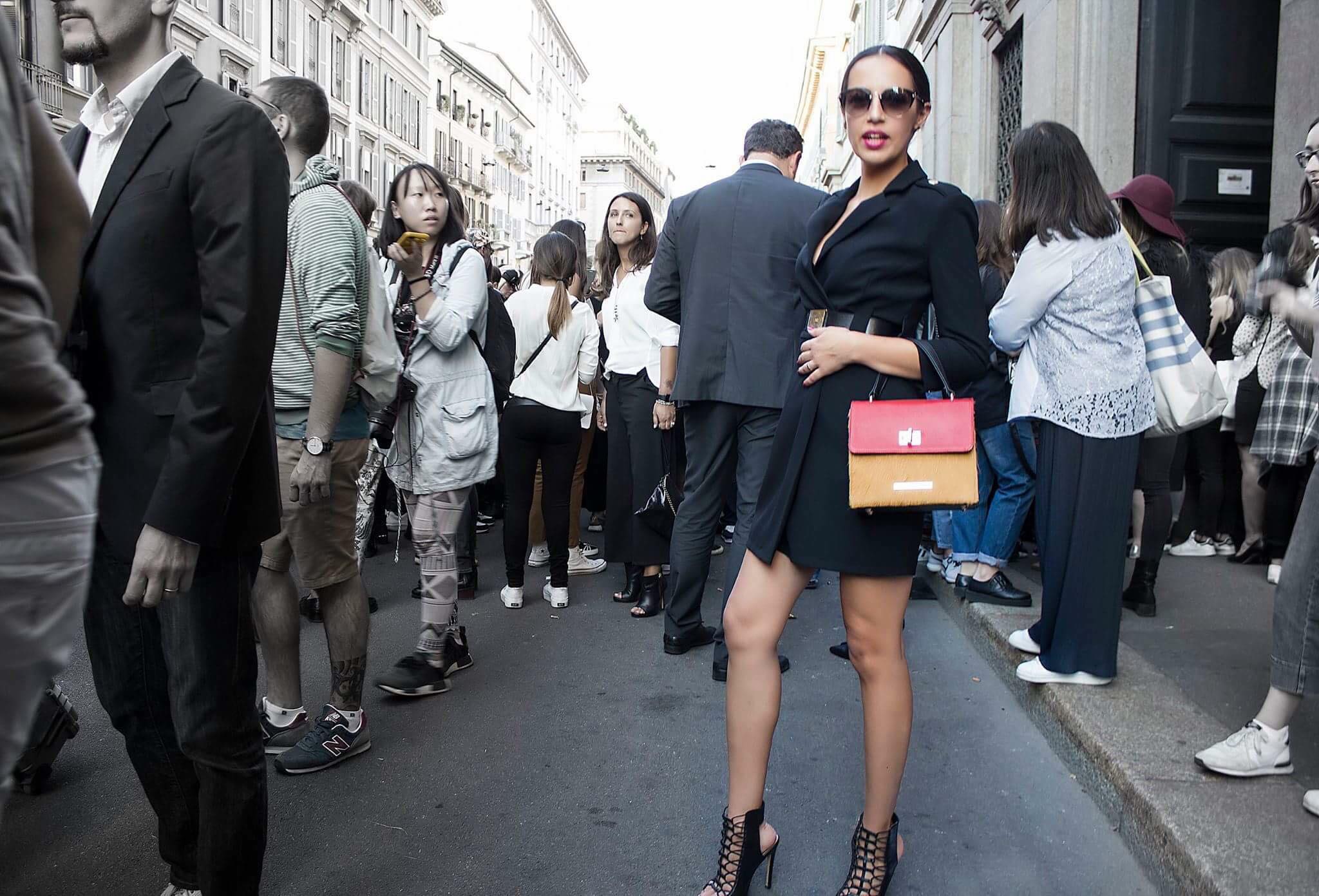